Almost all printing and artistic web design these days is created using vector graphics. It allows you to develop illustrations of any size and the same high quality. Using this technology, you can get both a colorful logo and a large-scale advertising banner printed for a billboard. This type of graphics has many features, which you will learn about in the following sections of the article.

What is vector graphics? What features does she have?

Vector format is one of the most common ways to create modern graphics, along with raster, 3D and fractal.

Vector graphics is an image in computer graphics that is created using geometric objects or so-called primitives. Which include straight and curved lines, points, circles, Bezier curves, and other geometric shapes.

Unlike raster (consisting of pixels), vector logos are formed from reference points and curved lines laid between them. All parameters of these objects are automatically calculated by the graphical editor using mathematical formulas. Such a system greatly facilitates the work of the designer, because he does not need to remember and enter the formulas of sinusoids, parabolas or hyperbolas. The program will do it for him, and the specialist himself only needs to dot the dots and build the optimal curve.

Information about their size, location, color, contour, internal area and other parameters are processed by a graphical editor using mathematical formulas. Thus, vector graphics is a graphical embodiment of mathematical objects. 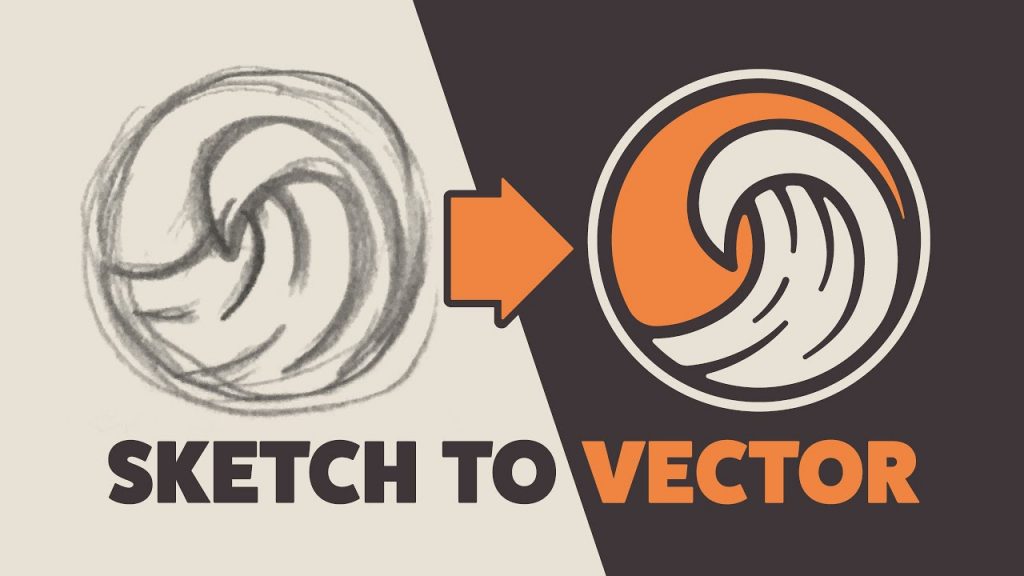 How is vector graphics different from raster graphics?

Unlike raster, the vector format does not contain pixels, which provides it with a significant number of advantages. Instead, the smallest detail of such graphics is considered to be anchor points, which are interconnected by straight and curved lines, forming the necessary object. To create an image, the designer only needs to outline its outline using dots, and then, without any difficulty, draw lines-vectors between them using the wide possibilities of modern programs.

The most popular among them are graphic editors Adobe Illustrator and Corel Draw.

What is a vector logo (emblem) for?

This format has a very wide scope, especially often it is used in the development of logos, icons, illustrations, emblems. Significant success is enjoyed by vector logos, which are of high quality, clarity and brightness of colors at any scale. In addition, such graphics are actively used in the manufacture of printed products of various types and types (business cards, booklets, catalogs, leaflets, calendars, etc.). The popularity and prevalence of the vector format is due to a number of advantages:

– Vector logos and other graphics are very easy to edit, both the entire image as a whole and its individual parts. It is possible to easily decompose the picture into components – the simplest geographical objects (primitives) in order to make changes to any of them without deteriorating the original characteristics;

– Perfectly lends itself to scaling, even with a multiple increase in the graph, it practically does not lose quality. Including, during various manipulations – stretching, rotation, compression, etc.;

– Vector images take up very little disk space, since the amount of their data is in no way related to the actual size of the object – not all of its details are recorded in the file, but only the main coordinate points;

– Modern editors allow you to harmoniously integrate graphics and text, giving the object a solid, complete structure. This advantage is very relevant when developing vector logos or printing;

This format is able to perfectly adapt to the resolution of the screen or printed device, so the logo will be as high quality as possible.

What are the vector graphics formats?

Today, there are more than ten different vector formats, each of which has its own advantages and disadvantages. Most of them were developed by manufacturers of popular graphic editors directly for their products. The most popular among modern vector formats for logos are:

pdf format
PDF. A popular format for displaying various printing materials (vector logos), presentations and documents, developed by Adobe Corporation. Ideal for saving files that contain not only graphics, but also text. The logo in PDF has a built-in set of fonts, allows you to add links, animation, sound files, thanks to the tools of the PostScript language.